Why you need to learn Python.

Python is an open-source, high level, a beginner-friendly scripting language developed by Guido Van Rossum in 1991.
It follows the Object-Oriented Paradigm (OOP), features dynamic types, automatic garbage collection, and is an interpreted language.
Python also features functional programming concepts like filter, map, reduce, and lambda functions. This is why Python is used very widely in the realm of Data Science, Machine Learning, and Scientific Research.

Alongside Scientific purposes, Python is also used for System applications, Mobile and Embedded applications, and Web Development (as a server-side language). Technology Companies like Google and YouTube are some of the early adopters of the word.

The Python programming language focuses on code readability, more comfortable to write syntax, and notable use of whitespace (for indentation).

It’s one of the core reasons, and Python proliferated in popularity. Another reason being Python a fantastic programming language is its comprehensive Standard Library and its widespread adoption.

Python is the fastest growing and great productive programming language on the planet. It has around 27% of share in US Job market, and it is growing year by year.

Major technology giants like Google, Reddit and Netflix, have been using Python for years.
All the trends show that Python will continue to grow and expand at a similar pace in the coming years.

Many claims that Python has no real competitor in areas of ML or Scientific Research, and they’re right.  Python 3 is set to take over Java in terms of job counts, industry usage and lovability. Languages like Java, VB.Net and C# are still heavily used because companies have to maintain their existing codebases written in these languages.

The amount of new code being written with these languages is decreasing day by day. This is certainly not the case with Python, which is being used to write cutting edge code, by millions of companies and individuals. Seeing the popularity and importance of Python in the Information Technology sector, it only makes sense for new developers and up and coming IT professionals to learn it as soon as possible.

What is python used for

The nature of Python makes it easier to write bad code in it.
Many developers who come from OOP Languages like Java or C# are generally unaware that Python is a completely different beast. And they write code similar to what they would write in those languages.

Only Python experts understand that there’s a difference in writing pure and idiomatic Python and writing typical OOPs constructs and logic in Python. Python is a language which is easier to learn but hard to master, because there are several hidden nuances to the language. As a Python Training Institute, WE see new developers make this mistake all the time.

One of the prime examples of this is how you loop over lists (arrays in Java and C++), they think looping in Python is same as using for loops to iterate over arrays in something like Java. Only after they get comprehensive practice and understanding of Python, they understand that Python is something entirely different from other languages which follow a typical Object-Oriented Programming style.

There are a lot of things from other words which make sense to do in Python. But Python has its quirks and unique ways of doing certain things. For example, it provides zip() for iterating over two lists together, the remarkable range function, it has generators and context managers.

How can you learn Python

There are thousands of free online resources for learning programming languages, including Python. But very few of them provide knowledge on pure and idiomatic Python.

Which is precisely why we have created the Python Masterclass Course. We not only teach you how to write Python, but you’ll also get comprehensive knowledge on the real-world applications of Python such as Data Science, Web Development etc.
Get python training from scratch.
In this article, let us provide you with the tremendous free as well as paid resources to learn Python.
One of the open resource to learn Python is youtube.

Nowadays, professionals are uploading their great videos on youtube, from which every person can learn nearly everything that also absolutely free.

In the same way, we have many channels which teach Python that also in excellent form.
But, what to say, a professional will know about a programming language.

We don’t want to say that YouTubers or the person who are teaching Python or another programming language on youtube are not professional but, due to restrictions from the platform, they need to provide limited knowledge.

Get python training from scratch.

Another way to learn Python is free blogs.
Go on the internet(mostly on google), keep on reading blogs or pdf materials, you can learn Python.
But what many people think:

Oh, it’s very hard sitting for a long time reading books or blogs and learning a programming language…
But what if any paid platform provides you with the tremendous live training that also one on one?
Yes, you heard it! We do that.

We, at hacks info digital, provide python training through zoom platform to an individual through our qualified instructors, to get one on one hands-on experience.
There are  following modules in the Python Masterclass Course:

In this module, we will start with our quality intro about language, how it came into existence, and some basic things about it like Variables & Datatypes, Tokens, Expressions & Statement then moving from Conditionals session, we will also cover about loops, strings, about lists and its operations. We will also include sets, Dictionaries, functions, indentations, modules and much more.

Companies today, both in India and the US. On the constant lookout for qualified and skilled developers to meet the changing technology needs of customers.

That will rock 2019 and will surely increase productivity till 2020 and beyond. Knowing more than two high-level programming languages, including Python, is always good and can open more opportunities in your career. It gives them a competitive advantage over others.

Scope of a Python Developer

As said above, Python, though a newer entrant in the fray, has gained importance than other programming languages. holds a lot of promise for developers.

How can Python shape your career

For beginners like students in Python, they can start by creating variables and loops. Then move on to tuples, lists, and dictionaries.

High-level professionals seeking lucrative career options in Python should have a sound knowledge of immutable types.

Ability to create classes and instantiate objects. Using exceptions and exception handlers, and knowing interactivity among modules, are some of the other things that a Python newbie needs to consider learning.
In addition to this all,  as a beginner.

A Python programmer is also expected to know the primary differences between Python 2 and Python 3. As a fresher, you may apply for jobs like software engineer, front end software/web developer, Python developer or like a professional programmer, and DevOps engineer.

Students in their last semester or just pass-outs may also apply for internships in data science. Which gives a steady start for a career in Python. Career opportunities in Python as a fresher may start with a minimum salary of 3-5 lakhs per annum, for most companies.

Global brands like Accenture or Capgemini may offer higher salaries.
If you want to have actual Python knowledge which you can apply in the real world Jobs. Then please consider joining our course. You can contact us for any doubt or detail regarding the course. 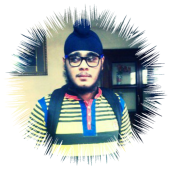 How To Install Windows7

3 things you must know before learning batch file programming